Why should we go to Mars?

Why should we go to Mars? - Let’s dive into the topic a little bit deeper! 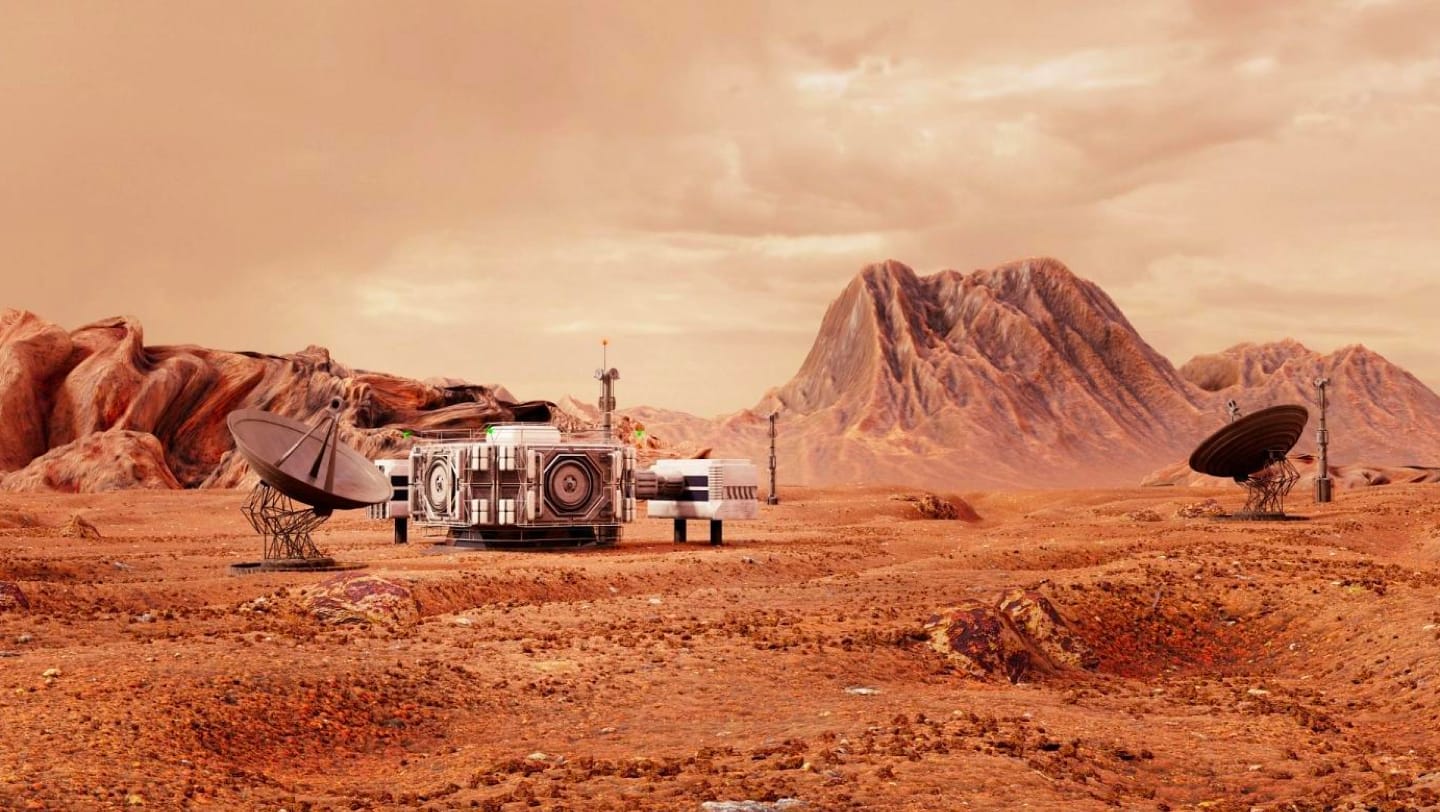 But looking at the red planet, you might be wondering why we would want to go there in the first place. As far as we know, there is nothing particularly exciting about Mars. Or is there? Today let’s dive into the topic a little bit deeper and discuss the reasons Elon Musk and friends are so keen to set foot on one of our nearest neighbours.

To put an end to our isolation

One of the most frequently heard arguments these days is that of extraterrestrial life. This is because we feel so lonely out here in our solar system that curiosity pushes us to want to discover any neighbours that might be out there!

The Perseverance rover has, among its list of other main missions, the duty to encounter signs of life on Mars. Either by analysing organic molecules in the soil or keeping an eye open for tiny fossils of ancient microorganisms. In a way, it is like looking for a needle in a haystack, although in truth this is probably the haystack with the most needles of all those we know.

Beyond answering the eternal question of whether we are alone in the universe, finding Martian microorganisms would help us understand our own origin and even clarify whether life could have come from Mars in the first place. However, there are those who find this reasoning a little fragile.

To find a new home

The search for other life forms may seem irresponsible when so many we already know here on Earth are still struggling but the truth is that addressing one issue does not invalidate the other, but leaving aside this unnecessary dichotomy, it must be said that Mars could offer up a solution to our planetary problems

There are those who think that Perseverance is a first attempt to make Mars habitable through terraforming using its oxygen production device when in reality, terraforming is still far beyond our reach. But Martian exploration is definitely necessary so that in a few decades we can realistically establish the first colonies there. Our future as a species may depend on these missions, but there is more, because our future as a planet may also benefit.

Right now we truly only know one planet and that is Earth. We think we know what the past was like here and we also attempt to predict its future. In a way, we already do this but science needs examples, as many as possible, and we have only been able to study one in depth—ours.

We think that there was a time when Mars was forested and liquid water flowed across its surface on every corner. Its atmosphere was thick and deep and rich—it was an idyllic place for life to thrive.

Now it is a seemingly lifeless rock, bone-dry on the surface and with a thin atmosphere 100 times denser than that of Earth. Venus seems to have followed a similar path from planetary paradise to planetary hell. What happened to them could happen to us, but to understand it we need to keep exploring right there, on the ground, and for that we need new technologies.

It is often said that space exploration is a highly profitable investment because, despite its cost, it has driven the development of so many revolutionary technologies that have altered the way we live life. It is this transfer of technology that has brought us solar panels, CT scanners, firefighting suits, new prostheses, GPS, satellite everything, water-purification systems, range of medicines—the list really goes on for a while!

Society probably could have developed all of these technologies in time and with a significantly smaller budget than the one required to explore space but that is not really the point. The billions of dollars that go into space missions will bear much more fruit than a simple trip to Mars, and this is something that must not be forgotten when taking into consideration the costs associated with the exploration of Mars—the potential technology transfer is very beneficial to everyone on our planet.

To come together under the umbrella of science

Surviving as a species, saving the planet and developing technologies that improve society are already some pretty good reasons to invest in space exploration, but there is a final one that deserves equal attention: knowledge itself. We spend billions of euros annually on blockbusters that don't directly combat climate change or world hunger or any of the greatest problems that the world, and we as humans are facing. Football teams move billions from team to team every year and we don’t question it because we all understand that the value is in the leisure of watching football itself.

In ancient Greece, science took great satisfaction in being valuable in itself—regardless of application. In other words, scientists did not have to justify their work because the people around them could see and benefit from that work. Perhaps we should go back to those times when we really understood the value of science. Believe it or not, there is one thing we can all get behind to guarantee a better future and that is the banner of space exploration.

There is no doubt that Mars, while jealously guarding its secrets, has provided answers to some of the great enigmas of science. In fact, it has had a profound impact on our culture and has been a decisive force in driving the advancement of science in recent centuries. The coming decades will be crucial for its exploration.

Observed, imagined and explored, the time is finally approaching when it will be visited by mankind in search of life. With the dust already settled and the rumble of the engines fading, the time is fast approaching to step foot on Mars. Once we open the doors and first come into contact with its surface, we will become an interplanetary species. We will have taken the final step to unravel the enigma of life.

We are sure that the red planet will not disappoint us.

What can you do?

Simply being part of the space industry, you are already one step ahead of the rest of the planet in making a difference to space exploration and by proxy, the exploration of Mars. And because you want to find the best opportunities, you have come to the right platform.

Here at Space Individuals, we’re doing our part to push the aeronautical industry forward by connecting the brightest minds in the game with the companies and agencies that need them. Here you will find a curated list of the best career availability and we are sure you will find something that interests you. We wish you all the best and the greatest success in your job hunt!